NEW YORK–(BUSINESS WIRE)–PVH Corp. [NYSE:PVH], one of the world’s largest apparel companies and owner of iconic brands, including CALVIN KLEIN, TOMMY HILFIGER, Van Heusen, Speedo, and IZOD, announced today the appointment of Stefan Larsson to the newly created role of President, PVH Corp. effective June 3, 2019. Mr. Larsson will have the responsibility for managing PVH’s branded businesses and regions, with each of the three brand CEOs and the Regional Presidents reporting to him. He will report to Emanuel Chirico, PVH’s Chairman and Chief Executive Officer. In connection with this announcement, Mr. Chirico signed a new five-year employment agreement with the Company.

PVH Presiding Director, Henry Nasella commented that “With the signing of Manny’s new employment agreement and the hiring of Stefan in the newly created role of President, we believe that PVH is extremely well-positioned from a leadership and a management succession perspective to continue to execute our strategic plans well into the future.”

Mr. Larsson was most recently Chief Executive Officer of Ralph Lauren Corp., where he successfully refocused the company on what made it iconic, improved its performance and set the path for future growth. Prior to that, Mr. Larsson served as the Global President of Old Navy, a division of Gap Inc., and helped Old Navy deliver 12 consecutive quarters of profitable growth, adding $1 billion in profitable sales. Over nearly 15 years, Mr. Larsson was part of the team that grew Swedish retailer Hennes & Mauritz (H&M) sales from $3 billion to $17 billion and expanded the company’s operations from 12 to 44 countries.

“Stefan’s talent and operational track record make him a strong addition to the PVH senior management team,” said Emanuel Chirico, Chairman and CEO. “He is highly regarded for his strategic focus, proven leadership and global experience in driving transformation and brand building in an increasingly dynamic and ever-changing consumer landscape. As our President, I am confident that Stefan is uniquely qualified to help fuel our global growth by successfully leading our brands and regions to execute against our strategic priorities, and deliver consistent top and bottom line growth and returns to our stockholders.”

Stefan Larsson commented, “PVH is an exceptional company and owns some of the most iconic global lifestyle brands. I have long admired what Manny and the PVH management team have achieved, with a history of successful, transformative acquisitions, exceptional brand building, reinvention and innovation, strong operating platforms and connection to its consumers. I look forward to contributing to the power of PVH and partnering with the entire leadership team to drive the business forward.”

PVH is one of the most admired fashion and lifestyle companies in the world. We power brands that drive fashion forward – for good. Our brand portfolio includes the iconic CALVIN KLEIN, TOMMY HILFIGER, Van Heusen, IZOD, ARROW, Speedo*,Warner’s, Olga and Geoffrey Beene brands, as well as the digital-centric True & Co. intimates brand. We market a variety of goods under these and other nationally and internationally known owned and licensed brands. PVH has over 38,000 associates operating in over 40 countries and $9.7 billion in annual revenues. That’s the Power of Us. That’s the Power of PVH.

*The Speedo brand is licensed for North America and the Caribbean in perpetuity from Speedo International Limited.

SAFE HARBOR STATEMENT UNDER THE PRIVATE SECURITIES LITIGATION REFORM ACT OF 1995: Forward-looking statements in this press release, including, without limitation, statements relating to the Company’s future plans, strategies, objectives, expectations and intentions are made pursuant to the safe harbor provisions of the Private Securities Litigation Reform Act of 1995. Investors are cautioned that such forward-looking statements are inherently subject to risks and uncertainties, many of which cannot be predicted with accuracy and some of which might not be anticipated, including, without limitation, (i) the Company’s plans, strategies, objectives, expectations and intentions are subject to change at any time at the discretion of the Company; (ii) the Company may be considered to be highly leveraged and uses a significant portion of its cash flows to service its indebtedness, as a result of which the Company might not have sufficient funds to operate its businesses in the manner it intends or has operated in the past; (iii) the levels of sales of the Company’s apparel, footwear and related products, both to its wholesale customers and in its retail stores, the levels of sales of the Company’s licensees at wholesale and retail, and the extent of discounts and promotional pricing in which the Company and its licensees and other business partners are required to engage, all of which can be affected by weather conditions, changes in the economy, fuel prices, reductions in travel, fashion trends, consolidations, repositionings and bankruptcies in the retail industries, repositionings of brands by the Company’s licensors, and other factors; (iv) the Company’s ability to manage its growth and inventory, including the Company’s ability to realize benefits from acquisitions, such as the pending acquisitions identified in this press release; (v) quota restrictions, the imposition of safeguard controls and the imposition of duties or tariffs on goods from the countries where the Company or its licensees produce goods under its trademarks, any of which, among other things, could limit the ability to produce products in cost-effective countries, or in countries that have the labor and technical expertise needed; (vi) the availability and cost of raw materials; (vii) the Company’s ability to adjust timely to changes in trade regulations and the migration and development of manufacturers (which can affect where the Company’s products can best be produced); (viii) changes in available factory and shipping capacity, wage and shipping cost escalation, civil conflict, war or terrorist acts, the threat of any of the foregoing, or political or labor instability in any of the countries where the Company’s or its licensees’ or other business partners’ products are sold, produced or are planned to be sold or produced; (ix) disease epidemics and health related concerns, which could result in closed factories, reduced workforces, scarcity of raw materials and scrutiny or embargoing of goods produced in infected areas, as well as reduced consumer traffic and purchasing, as consumers become ill or limit or cease shopping in order to avoid exposure; (x) acquisitions and divestitures and issues arising with acquisitions, divestitures and proposed transactions, including, without limitation, the ability to integrate an acquired entity or business into the Company with no substantial adverse effect on the acquired entity’s, the acquired business’s or the Company’s existing operations, employee relationships, vendor relationships, customer relationships or financial performance, and the ability to operate effectively and profitably the Company’s continuing businesses after the sale or other disposal of a subsidiary, business or the assets thereof; (xi) the failure of the Company’s licensees to market successfully licensed products or to preserve the value of the Company’s brands, or their misuse of the Company’s brands; (xii) significant fluctuations of the U.S. dollar against foreign currencies in which the Company transacts significant levels of business; (xiii) the Company’s retirement plan expenses recorded throughout the year are calculated using actuarial valuations that incorporate assumptions and estimates about financial market, economic and demographic conditions, and differences between estimated and actual results give rise to gains and losses, which can be significant, that are recorded immediately in earnings, generally in the fourth quarter of the year; (xiv) the impact of new and revised tax legislation and regulations, particularly the U.S. Tax Cuts and Jobs Act of 2017 that might disproportionately affect the Company as compared to some of its peers due to the specific tax structure of the Company and its greater percentage of revenues and income generated outside of the U.S., and the legislation enacted in the Netherlands known as the “2019 Dutch Tax Plan”; and (xv) other risks and uncertainties indicated from time to time in the Company’s filings with the Securities and Exchange Commission (“SEC”).

The Company does not undertake any obligation to update publicly any forward-looking statement, whether as a result of the receipt of new information, future events or otherwise. 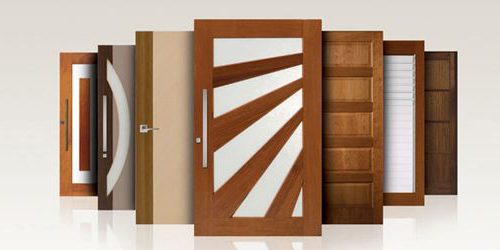 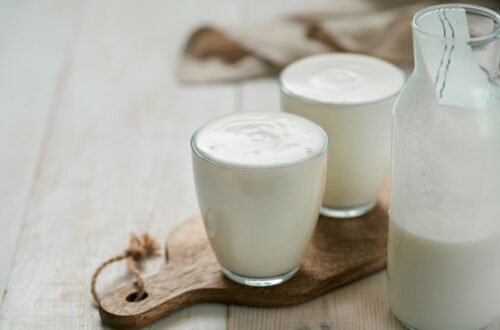